“BOMOND Magazine” gives you a wide range of articles, with a detailed, exciting, up-beat approach.

It is distributed free and we would appreciate your comments and ideas for future articles.

THE ORIGINAL SINGER OF BONEY M: VIVA ESPAÑA! Marcia Barrett is one of the original singers with the legendary pop group, Boney M. On 8th March 2008, Barrett performed with her band at the palace grounds in India as “Boney M. featuring Marcia Barrett”. While her third solo album “Strange Rumours” had been announced to […]

END_OF_DOCUMENT_TOKEN_TO_BE_REPLACED

BOMOND INVEST AND HOUSING. WHERE IS THE NEVER-NEVER LAND? At the present time, putting money into real estate in Spain is not only a good investment, but it is also the opportunity to live on the coast all year round. At this time Spanish real estate is especially in high demand among Russians and citizens […]

END_OF_DOCUMENT_TOKEN_TO_BE_REPLACED

JUAN BOSCAN ALMOGAVER. The eternal themes of Renaissance Spain has produced a lot of “kings of poets”, and one of the most famous is Juan Boscan Almogaver. The first line of one of his most famous poems typifies all his works: “I am still alive, though already I could not stand to live”. His poems […]

END_OF_DOCUMENT_TOKEN_TO_BE_REPLACED

“ELCHE FC” IS BACK IN THE PREMIER LEAGUE But made an unforgivable mistake As always, football passions are running high in Spain. The highest football league in Spain is now mid-season. “Elche”, Spanish football club from the same-name city, founded in 1923. The club was at the peak of success in the 1960’s-70’s, when it […]

END_OF_DOCUMENT_TOKEN_TO_BE_REPLACED

TRANSVESTITES: PEOPLE WITH TWO SOULS Have you ever thought about your inner man or woman? Every society has developed over the centuries a set of rules and dress codes, and they are different for each sex. If a man would wear a dress or leopard print shoes, you would find such behaviour in conflict with […]

END_OF_DOCUMENT_TOKEN_TO_BE_REPLACED 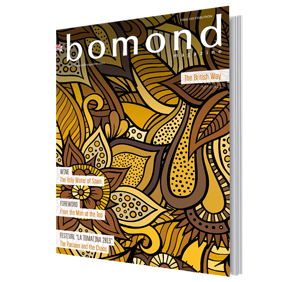